COP27: Conference of the Parties about Climate Change | DCBIU COP27: Conference of the Parties on Climate Change

The Caribbean Island of the Commonwealth of Dominica has been on a clear and straight path to climate resilience and has been making a meaningful impact on the war against global warming.

The country is highly susceptible to climate impacts and in the period between 1997 to 2017, Dominica had the highest GDP losses to climate-related natural disasters and ranked in the top 10 per cent among 182 countries for climate-related fatalities. The worst of those were Tropical Storm Erika in 2015 and Hurricane Maria in 2017, which resulted in an aggregate loss of over 300% of the country’s GDP.

Following the catastrophe caused by Hurricane Maria, the Prime Minister of Dominica, Dr. Roosevelt Skerrit, vowed to build a climate-resilient nation and reduce the country’s dependence on fossil fuels. This pledge was made at the 72nd United Nations General Assembly (UNGA). 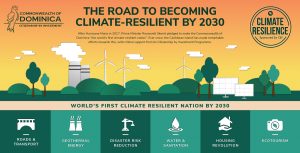 Since the announcement, the government of Dominica developed and implemented a robust framework to ensure the achievement of this goal.

The framework includes a National Resilience Development Strategy that sets out the developmental objectives to be achieved by the year 2030, a Disaster Resilience Strategy that outlines the critical pillars required for a resilient Dominica, namely, physical, financial, social and post disaster resilience, a Climate Resilience and Recovery Plan that prescribes the activities to be undertaken to achieve the intended objectives and, a Disaster Risk Financing Strategy. 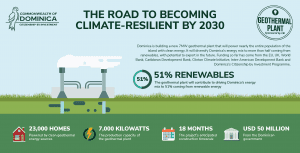 The role of Dominica’s Citizenship by Investment Programme

The country has been using the foreign direct investment generated through its citizenship by investment programme to achieve its goals of becoming the first climate resilient nation in the world.

Citizenship by investment is a legal process in which an applicant invests in a country in exchange for its citizenship. There are usually two routes to acquiring a country’s citizenship – either donating to its government fund or investing in selected real estate options. 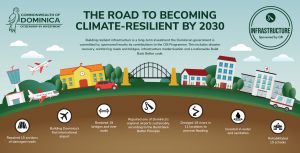 COP stands for Conference of the Parties, which is a generic phrase meaning a committee created after an international treaty is signed, tasked with making decisions about how that treaty is implemented.

There are all kinds of COPs for various international agreements, from chemical weapons to combating desertification. But the term COP has come to be associated with the meetings of one particular committee: the one that was created after the signing of the United Nations Framework Convention on Climate Change (UNFCCC).

154 countries signed the UNFCCC in June 1992, agreeing to combat harmful human impacts on the climate. Since then, COP meetings have been held annually to discuss how exactly that should be achieved and monitor what progress has been made. 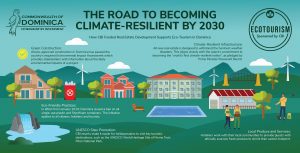 What was agreed at COP26 last year?

For the first time, fossil fuels got a mention at COP26. Participants agreed to accelerate the phase-out of coal power and of fossil fuel subsidies. Countries also updated their own plans to cut their carbon emissions, but many of them are still not aligned with what the International Panel on Climate Change (IPCC) says is necessary to keep the world below 1.5°C of warming.

Richer nations also agreed to provide $100bn per year to help fund emissions reductions in poorer nations by 2023 at the latest. There was also commitment to double the level of funding given to countries to help them adapt to a warming climate by 2025, compared to 2019 funding levels.

What will be discussed at COP27 this year?

This year’s COP president, Egypt, has said that it wants to move from negotiations and planning to implementation.

Many of the commitments made at last year’s COP were relatively vague, with no firm plans for how they would be achieved. This year’s talks are expected to hone in on the precise details of how to make these promises a reality.