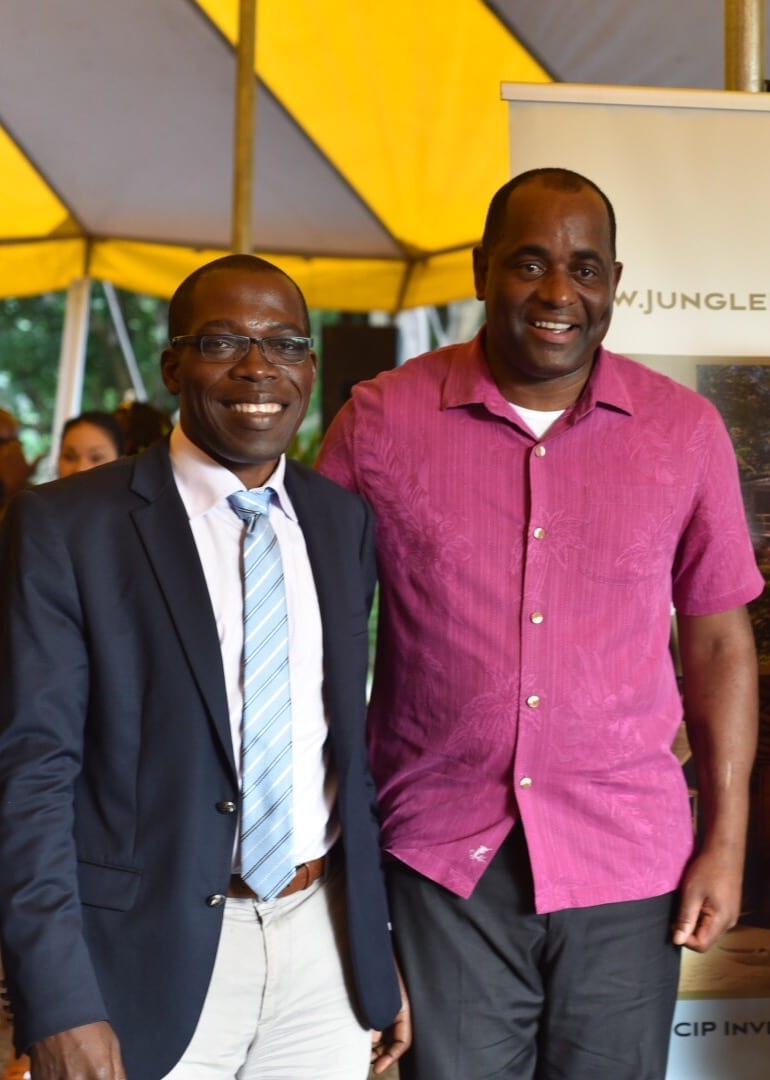 Perched on an expansive 20-acre plot that used to be part of the Elrose estate that overlooks Scotts Head, the under-construction Jungle Bay Eco Resort will integrate some of the original artefacts into the property when it’s complete. The 60-villa property will boast and two of the Caribbean’s largest yoga studios and will provide full-time employment for at least one hundred citizens when complete.

After the original property in Delices was ravaged by tropical storm Erika in 2015, owner and developer of the resort, Sam Raphael, chronicled the various developments that facilitated the resort’s re-emergence, and was effusive toward the Citizenship By Investment (CBI) programme during the ground blessing ceremony in Soufriere on Sunday.

“We all have a vested interest in our island and our community, and whether we are batting or we are fielding, we are in the same game,” he charged. “We have a lot of opinions in this island, but sometimes we are short of facts. CBI is a gift to this island. I know some of us may have apprehensions, but as small island states we have challenges.”

The Honourable Denise Charles, parliamentary representative for the area, expressed gratitude to the CBI and developers as she spoke on the behalf of residents from the surrounding community. According to Charles, “The relocation of Jungle Bay is truly a blessing to us in Soufriere. I want us to take ownership of it and protect it like it is our own. We have to be the keepers of Jungle Bay. I congratulate Mr. Raphael, Oliver St. Jean and my men from the constituency for their work so far [on the property’s development].”

PM Skerrit praised the CBI programme and said that Jungle Bay was yet another example of the success of the programme and its impact on the country.

“CBI has proven to be an important source of non-tax revenue for Dominica. Because our country was so cash strapped, it was difficult to acquire loans, but look at what we’ve done since Erika, thanks to the CBI,” he said.