The CBI-funded ‘Housing Revolution’ is a Historic Feat for Dominica

In 2015, Storm Erika too displaced many families, leaving them homeless or in shelters. Two years later, Hurricane Maria made landfall in Dominica and other neighbouring Caribbean islands, leading to widespread destruction. It was then that Prime Minister Roosevelt Skerrit addressed the United Nations General Assembly where he declared ‘Eden is broken’ – referencing Dominica’s abundant natural surroundings and ecosystem that had been severely affected by the disaster. Prime Minister Skerrit emphasised the importance of fighting against climate change, lest more smaller nations plunge to a similar fate. 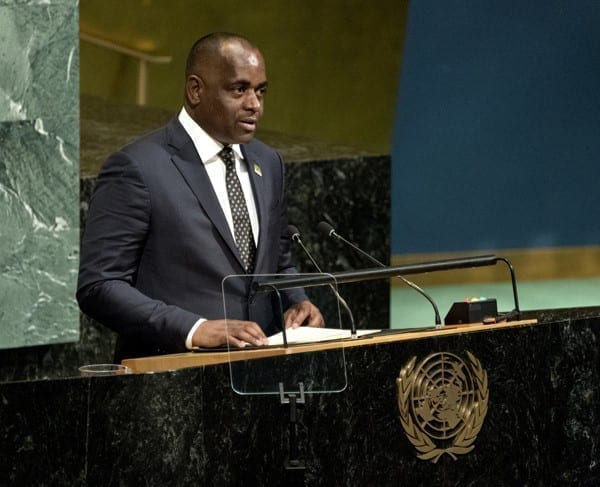 Mr Skerrit announced that Dominica’s Government would be committing itself to establishing the island as the ‘world’s first climate resilient nation’. He introduced the Climate Resilience Execution Agency of Dominica – otherwise known as CREAD – as a means of tackling the climate issues affecting the island. One of these issues was the state of housing on the island and how to build weather-resistant homes so that communities could better manage and survive adverse weather conditions. The aptly named ‘Housing Revolution’ aimed to provide 5,000 affordable yet modern homes for medium-income families around the island, with emphasis on utilising sustainable techniques to improve the quality of homes and build resilient communities.

This massive feat is attributed to the Skerrit administration and its efficient management of funds collected through the island’s Citizenship by Investment Programme. Inevitably, in time, Dominica’s ‘Housing Revolution’ will transform the island, restoring the lives of many while equally preparing for the future in spite of climate change.

The extensive project also demonstrates the transparency of Dominica’s Citizenship by Investment Programmes, as it remains a tool for empowering the native community, bolstering economic growth and building international relationships as the global community comes together to create projects that will last for many generations.

In September 2018, the Government signed an agreement with Montreal Management Consultants Establishment (MMCE) for the construction of the first batch of residential units across the island as part of Skerrit’s Housing Revolution. The large-scale project was entirely financed by Dominica’s Citizenship by Investment Programme – an initiative that enables investors and their immediate family members to acquire second citizenship through an economic contribution. 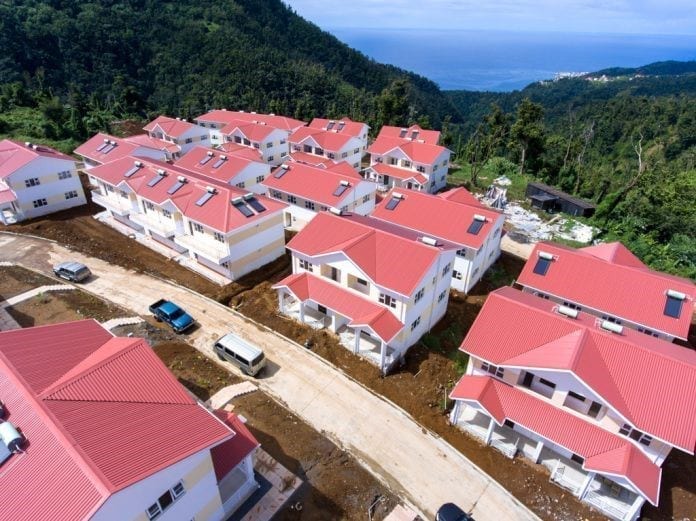 The ‘crown jewel’ of the ‘Housing Revolution’ is the Bellevue Chopin Housing Project for residents evacuated from the Petite Savanne village following Storm Erika in 2015. The project will consist of 340 residential units including a commercial centre, multi-purpose playing field and farmers market showcasing the importance of building communities and not just homes. The first handover took place in December 2018 where 38 families from the community received the keys to their new homes. A few months later, in March, 52 more families collected their new keys during a handover ceremony held by Prime Minister Skerrit where he clarified that 190 more homes will be given to residents of Petite Savanne.

Simultaneously, various other projects are underway in other parts of the island. The East Coast Housing Project is strategically placed over five key locations: Castle Bruce, Grand Fond, La Plaine, Delices and San Sauveur. Each of the locations will have two buildings with a total of 330 apartment units. Currently, the closest to completion are the Grand Fond project, which aims to settle the first33 families by the end of June, along with Castle Bruce, also expected to be completed at the end of June.

Meanwhile, on the West Coast, there are two projects being developed in Georgetown and Cotton Hill, both located in the second largest town on the island – Portsmouth. In Georgetown, construction will include not only residential homes but also vital government services, such as a new fire and police station, immigration and traffic departments, inland revenue division and more.

Roseau City Square, located in the capital of Dominica and the island’s largest town, is also expected to undergo remodelling. The project will include four state-of-the-art low-rise buildings made up of both residential and commercial units. It is anticipated to reach completion towards the end of 2019 and is already said to fundamentally revitalise the community of Roseau.

The Jimmit Housing Project is the newest development announced by the government as part of the Housing Revolution. Located in Mahaut, the project will add another 33 homes to the ambitious 5,000 count. Construction has already started and is expected to last around 10 months. Importantly, the Housing Revolution also creates job opportunities for the local communities and those seeking employment can enquire directly on site.

What is impressive for a small island such as Dominica is its commitment to climate resilience. All the housing projects under the Housing Revolution will align with the Build Back Better (BBB) code which encourages development of sustainable and resilient homes. This will include structures that can withstand hurricanes and seismic disasters, reinforced concrete and roof structures that ensure water resistance and stability, windows made of impact-resistant glass and solar water heating structures. Lastly and importantly, all utility lines will run underground.