The meeting focused on Dominica’s rebuilding efforts following the aftermath of Tropical Storm Erika, which damaged the country in August 2015. Other topics of mutual concern were also discussed. Tropical Storm Erika posed challenges to the Government of Dominica this year, as infrastructure and services were gradually reinstated. Dominica’s Citizenship by Investment Programme contributed to the island’s recovery, as funds from the Economic Diversification Fund (EDF) – to which applicants can choose to contribute in order to obtain citizenship – were used for road building and other key reconstruction measures. 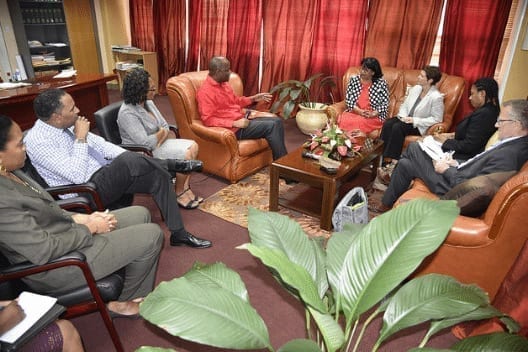