Dominica is Transforming Healthcare Through CBI 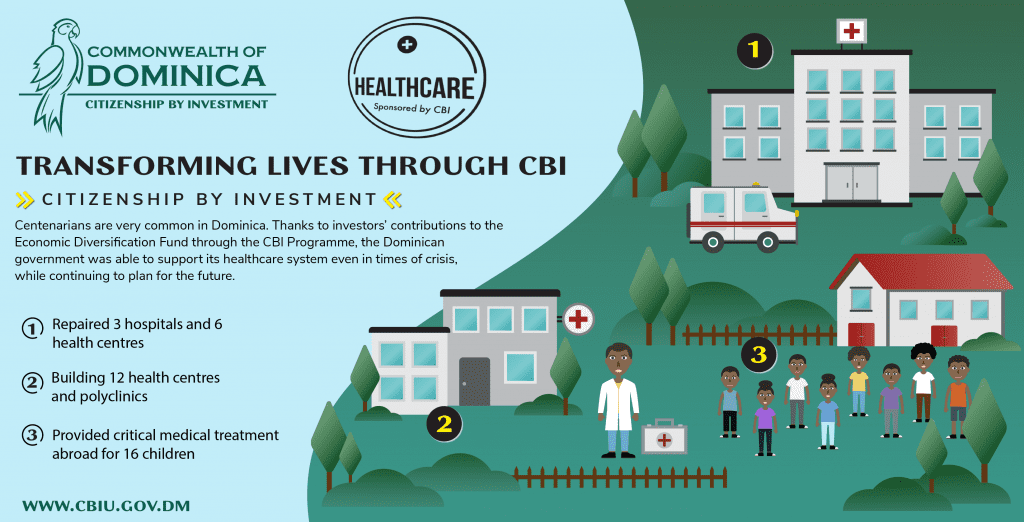 For the Caribbean island of Dominica, healthcare has always been a priority. When the population of 72,000 was hit by Hurricane Maria in 2017, it caused devastating destruction to the economy and infrastructure of the island, costing billions of dollars. Maria damaged many health facilities and hospitals in the country. However, thanks to the country’s Citizenship By Investment (CBI) Programme that lets credible high-net-worth individuals invest in Dominica and its real estate, recovery efforts were swift.

A 2019 report curated by the conglomerate firm PricewaterhouseCoopers (PwC) examined Dominica’s CBI Programme and how it applies the funds generated to develop areas in its healthcare sector. The report underlined the health initiatives funded by CBI, including major repairs of three healthcare centres and six hospitals following the hurricane.

Along with the recovery of the three hospitals and six healthcare centres, the CBI Programme also sponsored 16 children to get critical medical treatment abroad between 2017 and 2018. Dominican Prime Minister Roosevelt Skerrit has often mentioned that the CBI Programme is a “lifeline” to the country’s swift recovery and that it is setting the island on its path to becoming the world’s first climate-resilient nation.

Last year, the government also announced the construction of a new climate-resilient, smart hospital in the community of Marigot. In September, a modernised hospital wing was opened with support from the Chinese government. “We will be utilising the route of the CBI to finance the Marigot Hospital similar to how we are building the residences, the homes in Dominica utilising the CBI,” said PM Skerrit.

Individuals applying for the Dominica Citizenship by Investment (CBI) Programme can make their financial contribution in one of two ways: The first path is the Economic Diversification Fund (EDF) which supports public and private projects such as healthcare by contributing USD $100,000 per applicant, and the second is through investment in a Government approved real estate project for USD $200,000.