With the year rapidly drawing to a close, many families are beginning to anticipate the holiday season and the stresses that come with it. However, for Dominicans, living at home or abroad, there is something that comes before the build-up to Christmas and New Year’s, something that has been forty years in the making – Dominica’s 40th Independence Day.

Like many countries around the world, Dominica commemorates its Independence Day with gusto and pride. The months leading up to it are filled with festivals, parades and other events revelling in the island’s heritage and culture. This year’s independence celebration is centred on the theme “My Love, My Home, My Dominica – Building a Resilient Nation”.

As a small island located in the Lesser Antilles of the Caribbean Sea, Dominica is sometimes mistaken for the Dominican Republic, also situated in the Caribbean region. However, there is undeniably something unique about the smaller island that is hard to replicate – and it’s more than its history playing host to the Pirates of the Caribbean film series. 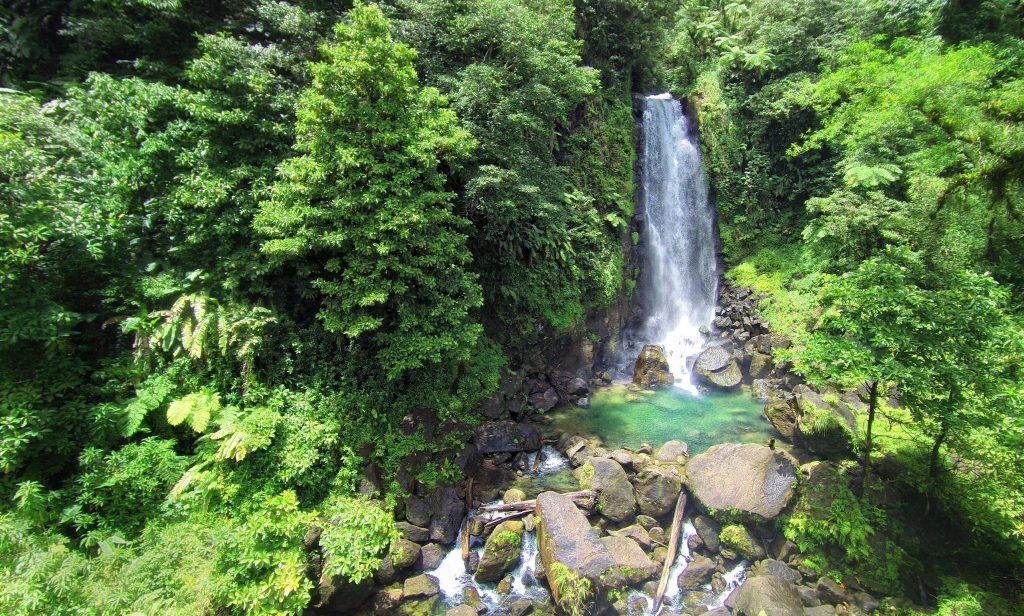 The Nature Island of the Caribbean

Dominica is home to some of the most breathtaking sights in the Caribbean, earning its ‘Nature Island’ moniker with pride. With over 360 rivers, dense rainforest and the world’s second largest Boiling Lake, Dominica is a hotbed of natural wonders. In 1997, the Morne Trois Pitons Natural Park – translated as ‘mountain of three peaks’ – was recognised as a UNESCO World Heritage Site, the first in the Eastern Caribbean. The island’s Emerald Pool, volcanoes, various waterfalls and freshwater lakes are located within the national park, making it one of the most biodiverse areas in the Lesser Antilles.

Dominica is also the Caribbean’s youngest island and is still being formed by geothermal volcanic activity.

When Christopher Columbus ‘discovered’ the now Commonwealth island, he named it after the day on which he reached its shores – Sunday – known as ‘Dominica’ in Latin. However, the island was already inhabited by the indigenous Kalinago tribe and Dominica was originally named ‘Wai’tukubuli’, which translates to ‘tall is her body’. Dominica is the only Eastern Caribbean island that still has a population of native Kalinago people. The tribe is positioned in the Kalinago Territory on the East Coast and spreads across 3,000 acres.

With most of the population descending from Africa and a history that spans both British and French rule, it is no wonder that the island is now a melting pot of different cultures. Although the official language of Dominica is English, many citizens speak a French-based Creole dialect. 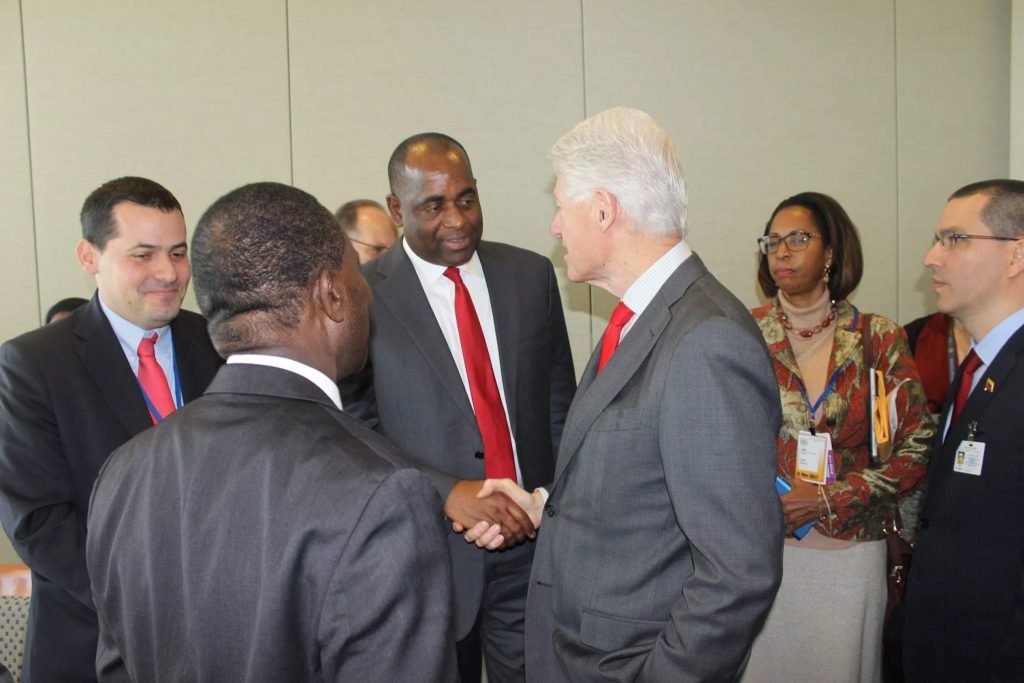 The Fight for Climate Resilience

After the destructive nature of Hurricane Maria in September 2017, the Government of Dominica committed itself to becoming the world’s first ‘climate resilient’ nation spurring the launch of the Climate Resilience Execution Agency of Dominica (CREAD). The initiative secured support from several international bodies, including the World Bank and the UK Government. Former US President Bill Clinton also championed Dominica’s efforts when he visited the island earlier this year.

The last year has seen many positive strides towards achieving climate resilience. Most notably, Dominica’s plastic ban was described as one of the most comprehensive bans the world has even seen by National Geographic.

The Government of Dominica has dedicated itself to not only recovering but strengthening the island and implementing practical risk prevention strategies. The launch of the Housing and Resettlement scheme allowed the island to build 5000 durable homes that can now withstand any seismic weather event up to a Category-5 hurricane.

Finally, the rise of eco-tourism on the island has promoted the preservation of the natural environment while attracting adventure seekers who are eager to experience the Caribbean in a different way. 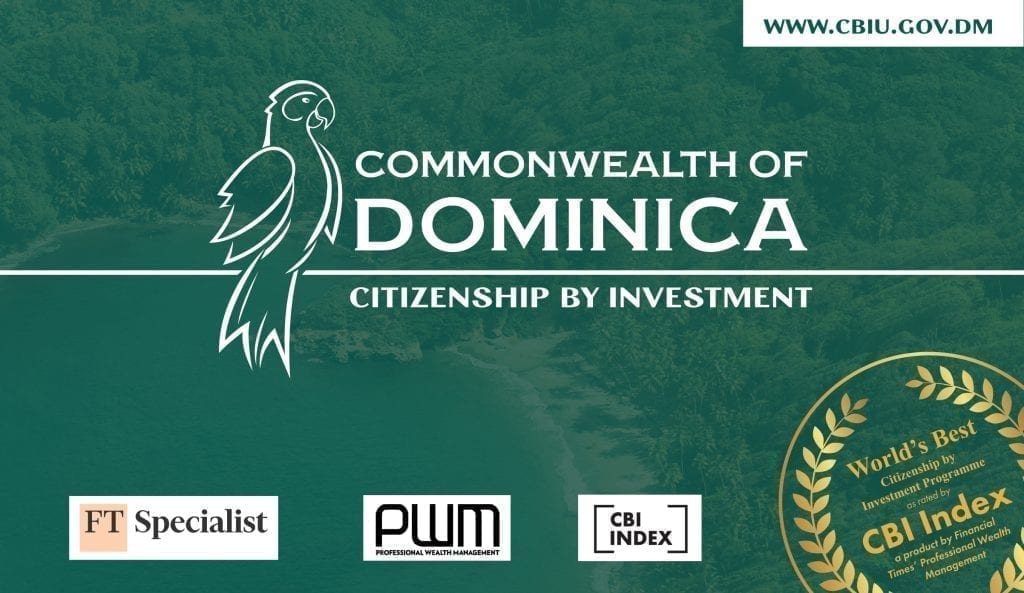 From Bananas to the World’s Leading Citizenship by Investment Programme

For years, Dominica’s main economic backbone came from the export of bananas. However, as the effects of climate change began to grip the world, particularly in the Caribbean, the island had to find alternative routes to remain economically stable.

In 1993, the Government of Dominica introduced its Citizenship by Investment (CBI) Programme. The process requires an applicant to invest in the nation in exchange for the island’s citizenship. With the citizenship come several advantages, including the opportunity to expand your global presence with over 120 visa-free nations to travel to, such as the Schengen Area, Singapore and Hong Kong. In turn, Dominica channels these funds into national development, climate change research, infrastructure etc.

At the time, Dominica was the third country in the world to establish an economic citizenship programme. Currently, there are 13 nations across the globe that offer their own version of citizenship by investment. Earlier this year, Dominica was ranked in the CBI Index – a study conducted by the Financial Times’ Professional Wealth Management magazine – as offering the world’s strongest second citizenship programme, receiving top scores for its affordability, ease of processing and due diligence procedures.

The success of the programme has enabled the island to develop its hotel portfolio, welcoming big brand names such as the Marriott, Kempinski and Hilton. Nevertheless, Dominica still ensures that the natural surroundings remain unspoilt and conserved.

The last forty years have proven that Dominica has a fascinating individuality. Dominica’s commitment to its community runs deeper than its native citizens and extends to include the international population. Whether it is through its CBI programme that welcomes citizens from across the globe to join its Global Community or through its battle for climate resilience, as larger nations remain silent – Dominica proves that, sometimes, great things come in small packages.