With a variety of resorts debuting in Dominica this year, Cabrits Resort Kempinski is the next hotel preparing to open its doors to guests on the Nature Isle of the Caribbean. The launch of the five-star luxury resort is scheduled within less than three months, on October 14th, with reservations available now. The resort is approved under Dominica’s Citizenship by Investment Programme, however its shares have already sold out, demonstrating investor’s trust in Dominican real estate. 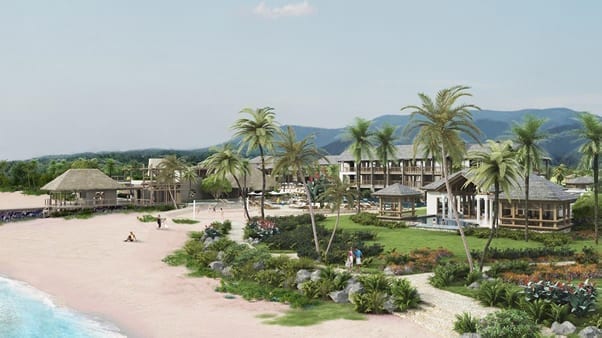 Located in Dominica’s second largest town, Portsmouth, the Cabrits resort will operate under one of Europe’s oldest luxury hotel groups – Kempinski. It is Dominica’s second five-star resort and has been described as a ‘hideaway resort’ due to its unique advantage of being surrounded by one of Dominica’s natural marvels – the Cabrits National Park, thus the origin of the resort’s name. It will comprise 151 rooms, featuring panoramic views of the Caribbean Sea, while other amenities like a full service spa, a state-of-the-art fitness facility, tennis courts, intimate wedding space, are at the guests’ disposal.

The resort will also feature three distinctive restaurants showcasing both international and local cuisine. Boasting a globally renowned brand and the unique unexplored setting of Dominica, the resort has already captured the attention of various international publications. Forbes, for example listed it as one of the most anticipated hotels in the Caribbean this year.

Most notably, the resort – like many of Dominica’s other hotels – will follow an environmentally-conscious approach, following the island’s own sustainability philosophy. Following Hurricane Maria in September 2017, Prime Minister Roosevelt Skerrit announced that Dominica would commit itself to becoming “the world’s first climate-resilient nation”. Since then, the Government has implemented measures to ensure that all its endeavours are rooted in sustainability. Cabrits Resort Kempinski is only one of four upcoming hotels this year dedicated to offering its visitors a luxury experience that still respects and honours the natural environment it surrounds. 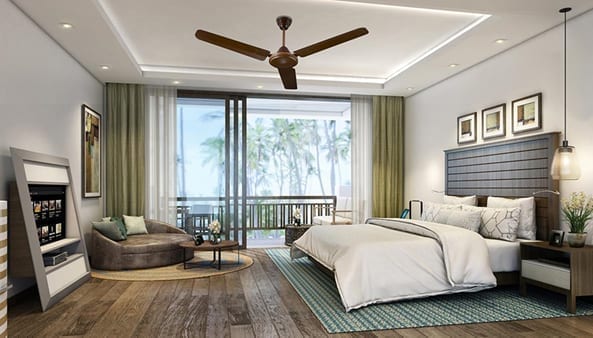 Cabrits Resort Kempinski is one of the seven real estate options that operate under Dominica’s world-leading Citizenship by Investment (CBI) Programme – an initiative born in the Caribbean that enables foreign investors to acquire second citizenship through an economic contribution. Applicants have two investment routes available under the Programme: either a one-off contribution directly to the government’s Economic Diversification Fund (EDF) or buying into an assortment of selected real estate. If they pass all of Dominica’s due diligence checks – which experts at the Financial Times class as the best in the world – successful applicants acquire more than just a life-long citizenship. They benefit from increased global mobility, new business opportunities, the option to pass the citizenship down to future generations, and the sense of pride of belonging to an admirable nation.

On the other side, CBI funds allow the Dominican government to sponsor a series of incredible causes and projects for local residents.  This includes areas like education, climate resilience, public housing, infrastructural development and ecotourism.

The CBI Programme is unequivocally recognised as the world’s best offering for economic citizenship, attracting high quality foreign investors who especially value its efficiency, affordability and reliability. Over the last two decades, Dominica has earned a reputation for integrity. 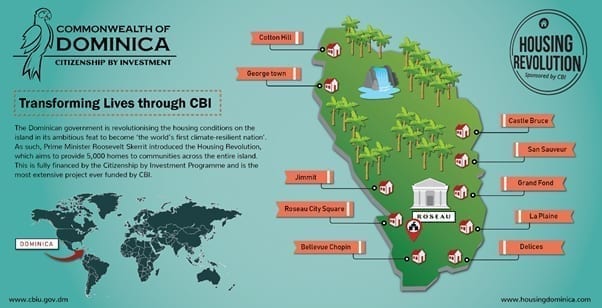 Citizens of Dominica are also expected to benefit from the projects under the CBI Programme, besides the EDF-sponsored initiatives.

The Minister of Trade, Energy and Employment, Ian Douglas, mentioned this month that Cabrits Resort Kempinski would employ up to 340 Dominicans, while the interviewing process has already commenced. With the opening of the resort, Cabrits will enhance Dominica’s competitive ecotourism offering and boost the island’s national development to last for decades ahead.

Ancillary services and local suppliers servicing the new hotel opens new business prospects for local entrepreneurs. The more visitors arrive at these new hotels, the more income local businesses can rely on. Similarly, the more investors choose to buy into shares of any of the hotels approved under Dominica’s CBI Programme, the faster the hotels will open and develop, and thus more business opportunities and jobs will be created to benefit Dominicans. This long-term vision is important in order to build a sustainable economy for the country and to offer Dominicans financial stability and the chance to create new career opportunities at home.