US publication Value Walk calls Dominica a “success story” and recognises the resilience of the people of Dominica and it’s “hurricane-proof economy”.

After pledging to become “the world’s first climate-resilient nation”, Dominica demonstrates its economy is hurricane-proof, partly thanks to its world-leading Citizenship by Investment programme. Moreover, this small Caribbean island was praised for its recent ban on single-use plastic and its devotion to innovative engineering research that could help others minimise the consequences of destructive adverse weather, as experienced by the east coast of the US following hurricane Florence landfall. This philosophy is ingrained in Dominica’s Global Community mindset, which believes in caring not only for native or economic citizens, but the world as one. Dominica’s success story stands as a testament to why some perceive citizenship by investment as a solution for the global citizen, well as an answer to climate change, and, perhaps less obviously, as a new form of philanthropy. 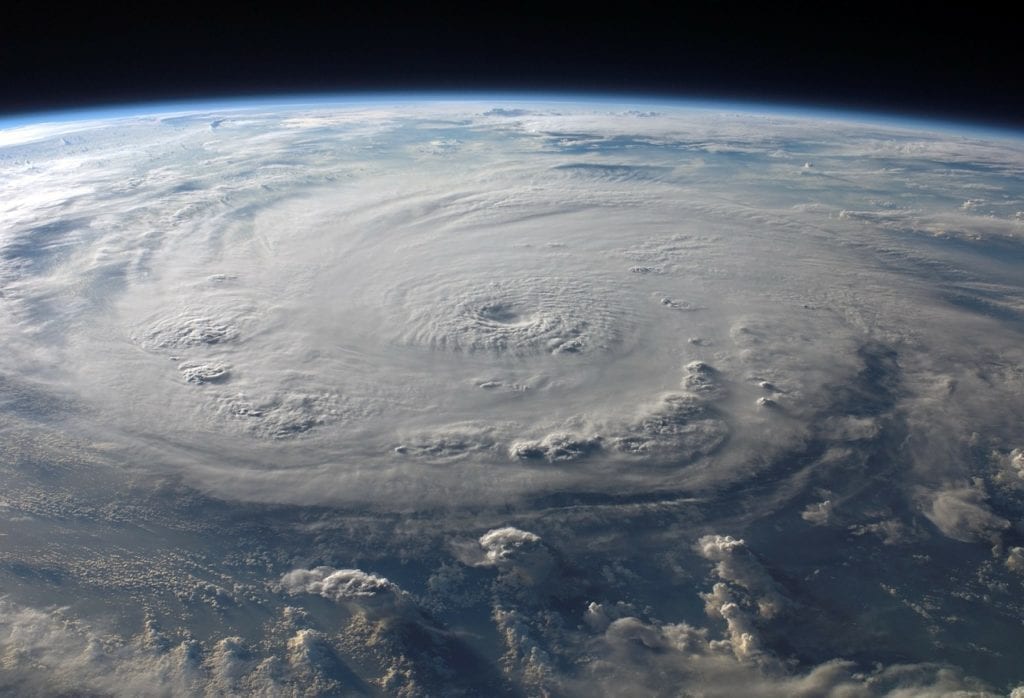 A year after Hurricane Maria, Dominica flourishes thanks to investors worldwide willing to make contributions to its economy in exchange for the coveted citizenship of this Caribbean country. The Financial Times’ PWM publication declared it the best citizenship by investment (CBI) programme in the world yet again in the latest edition of its special annual study, called the CBI Index.

Despite worries that the 75,000 island nation in the Lesser Antilles would struggle to cope with the repercussions of Hurricane Maria’s wrath last September, Dominica made a swift recovery and maintained its position as number one in FT/PWM’s rankings in what is now becoming a growing and more competitive industry.

Prime Minister Roosevelt Skerrit recently announced that 97% of the telecoms and water supply infrastructure had been restored, while a further £155 million are being invested in the housing sector, in line with a newly issued construction code, designed to help build homes capable of withstanding Category 5 hurricanes. Many of these measures are funded with the help of international organisations and partners, government savings, as well as Dominica’s world-leading Citizenship by Investment programme, which is forecast to add £115 million to the island’s current revenues. The CBI impetus to Dominica’s recovery is prominent, with its newly adopted economic citizens having more reasons to proudly wave their door-opening Dominican passport.

What is citizenship by investment?

The concept is self-explanatory: certain nations may let you obtain their citizenship in exchange for a substantial contribution to their economy, often in the form of either real estate purchase or government fund investment. Dominica’s programme is the most reliable and affordable, with Economic Diversification Fund outlays starting at US$100,000 per main applicant, while their family members can be part of the application for additional fees.

Though it may seem straightforward at first, there are many elements to take into account, one of the definitive factors being the durability of the due diligence framework that all applicants are checked against. From an applicant’s perspective, the FT/PWM’s CBI Index selected seven aspects which, according to independent researcher James McKay, matter the most to investors when choosing their second citizenship. At the receiving end, Dominica, for example, uses the CBI funds to expand the eco-tourism sector and green energy projects, to devise and implement economic reforms and infrastructural advancement, to develop better education and healthcare systems, along with other socio-economic initiatives to benefit all its citizens, be it native or new.

But what makes investors consider second citizenship in the first place? The answer is seamed between news headlines, which appear to have grown unusually unsettling in both volume and essence. As more and more people feel threatened by instability and political tensions in their home countries, many are in search of a back-up plan, which CBI programmes are in a position to offer, especially because of the increased mobility aspect they imply.

For people residing in countries going through a turbulent period, additional citizenship is seen as a precautionary measure, warranting protection from unforeseeable events for their family, assets and future. With Brexit wisdom to draw conclusions from, it is clear that uncertainty can create just as much disruption to one’s life, business or entire economy as the fretted perils per se. Citizenship by Investment such as Dominica’s thus gives the internationally mobile individuals the plan B they so urgently need, while resting assured that their contribution goes towards good causes.

Despite the benefits to investors and CBI host countries alike, some international hostility towards the concept of citizenship by investment is still detectable. Generalisation or misrepresentation of the facts and inner workings of CBI initiatives have tainted the image of solid programmes like those offered by other Caribbean governments which filled the top five positions of the FT/PWM rankings.

On the whole, due diligence processes are thorough, notes Alexander Bello, Managing Partner of CS Global Partners’ MENA division – an international, industry-leading and award-winning legal advisory firm specialising in citizenship and residency solutions. “The 2018 CBI Index shows that Caribbean countries are running the more robust programmes internationally. Because their economies are more likely to depend on CBI income, it is in their best interest to make sure that the integrity of their programmes remains uncompromised,” explains Mr Bello.

From a global perspective, there is a close parallel between immigration and investment, believes Mr Bello, and so long as the factors that prompt the demand for second citizenship persist, the CBI marketplace will continue to grow and address calls from home and abroad, as Dominica so diligently does.

CBI – a lifeline for emerging economies

Citizenship by Investment programmes have become an important source of income and often a lifeline for participating nations affected by natural disasters in recent years. Dominica is a prime example of how CBI can help rebuild the country’s infrastructure, provide a much need boost to its economy and thrive beyond expectations.

After Hurricane Maria last year, Dominica’s CBI Programme was responsible for funding housing and hotel developments, as well as tourism and agriculture projects that cumulatively helped the island recover. The collected financial resources also enabled the Dominican authorities to make payments to affected home owners in the region of £26 million, whilst a government scheme to build 5,000 new homes is financed entirely by CBI income, according to Prime Minister Roosevelt Skerrit. In a moving speech at the UN Assembly in New York last year, Mr Skerritt reinforced his pledge to make Dominica “the world’s first climate-resilient nation” – and the international community did not take long to respond. Besides the hurricane-proof economy shielded by its successful CBI Programme, Dominica launched the Climate Resilience Execution Agency of Dominica (CREAD), with support from the World Bank, the UK government and former US president, Bill Clinton.

Furthermore, this small island is devoted to innovative engineering research that could help other countries minimise the consequences of adverse weather, as experienced by the east coast of the US following hurricane Florence landfall. A recent ban on single-use plastic has earned this “Nature Isle of the Caribbean” international accolades. This philosophy is ingrained in Dominica’s Global Community mindset, as reflected in the tagline of its CBI programme, which believes in caring not only for native or adoptive citizens, but the world as one.

Dominica’s success story stands as a testament to why some perceive citizenship by investment as a solution for the global citizen, as well as an answer to climate change, and, perhaps less obviously, as a new form of philanthropy.